When I visited Santo Domingo, the capital of the Dominican Republic, in 2011, I was fascinated by the unfinished, first and oldest Cathedral of the Americas. First building activities were started by Governor Diego Colon, Christopher Columbus’s son, around 1510.

Outside the building, we found a row of gargoyles, which were obviously carved from local limestone, because the fossilized corals were clearly visible in the sculptures, giving them very interesting additional layers of meaning. The gargoyles prompted me to make a series of prints, in which I connect the past with the future. The enormous consequence of the arrival of Columbus has been the Spanish Conquest of the Americas, with all history that follows. A major local consequence for this island, was the extermination of the local Taino indians, through conflict, disease and slavery.

Today, the island is visited by tourists, many of them descendants from kolonial times. They come for the sun and sea. However, in our day and age a new tragedy is happening: the diminishing of the coral reefs, due to overfishing, climate change, and pollution.

I have looked into more specific historical information on these gargoyles, but have found very few references. I decided that they depict dogs, in reference to the Dominican Order, after which the Island is named. 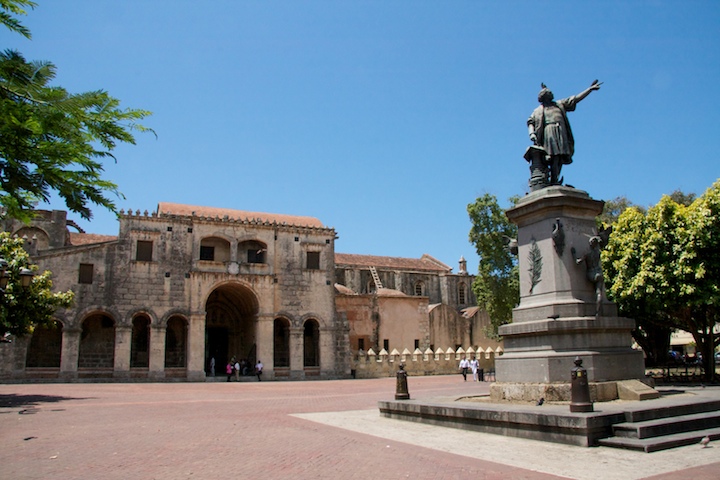 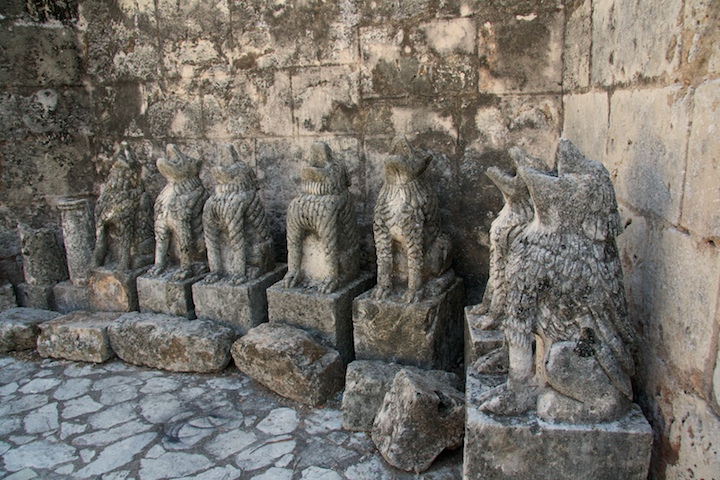 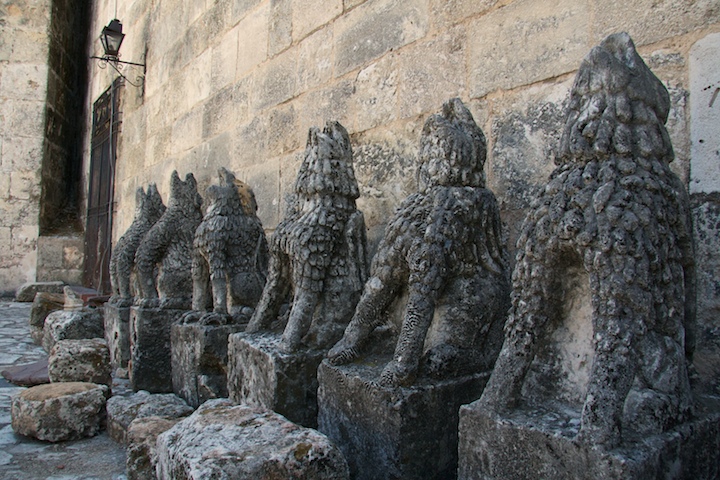 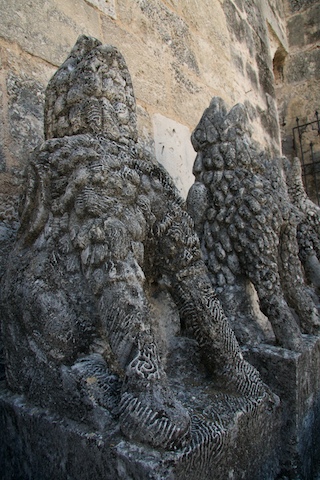 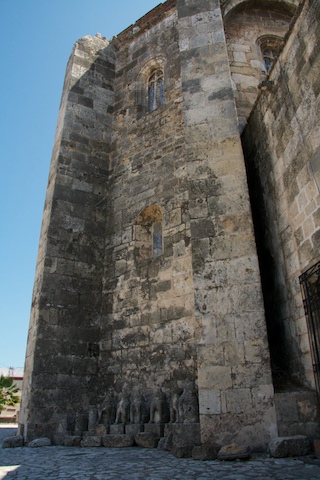 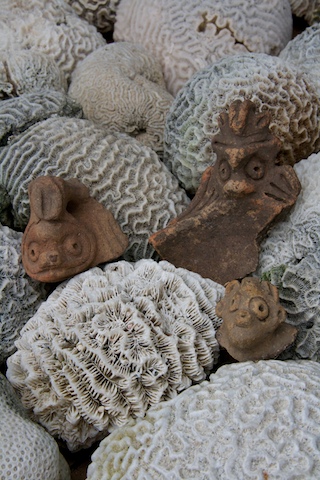 According to tradition, Saint Dominic’s mother had a vision while she was pregnant of a dog illuminating the world with a torch held in its muzzle. Years later, Saint Dominic formed the Dominican Order and called its members “DOMINICANIS” meaning “Dogs of the Lord,” the etymologic root of the term Dominicans.

Today this symbol forms a part of the Shield of the Autonomous University of Santo Domingo, the first University established in the Americas. It was founded during the reign of Spain’s King Charles I under the patronage of Saint Thomas Aquinas through the Bulla In Apostolatus Culmine.